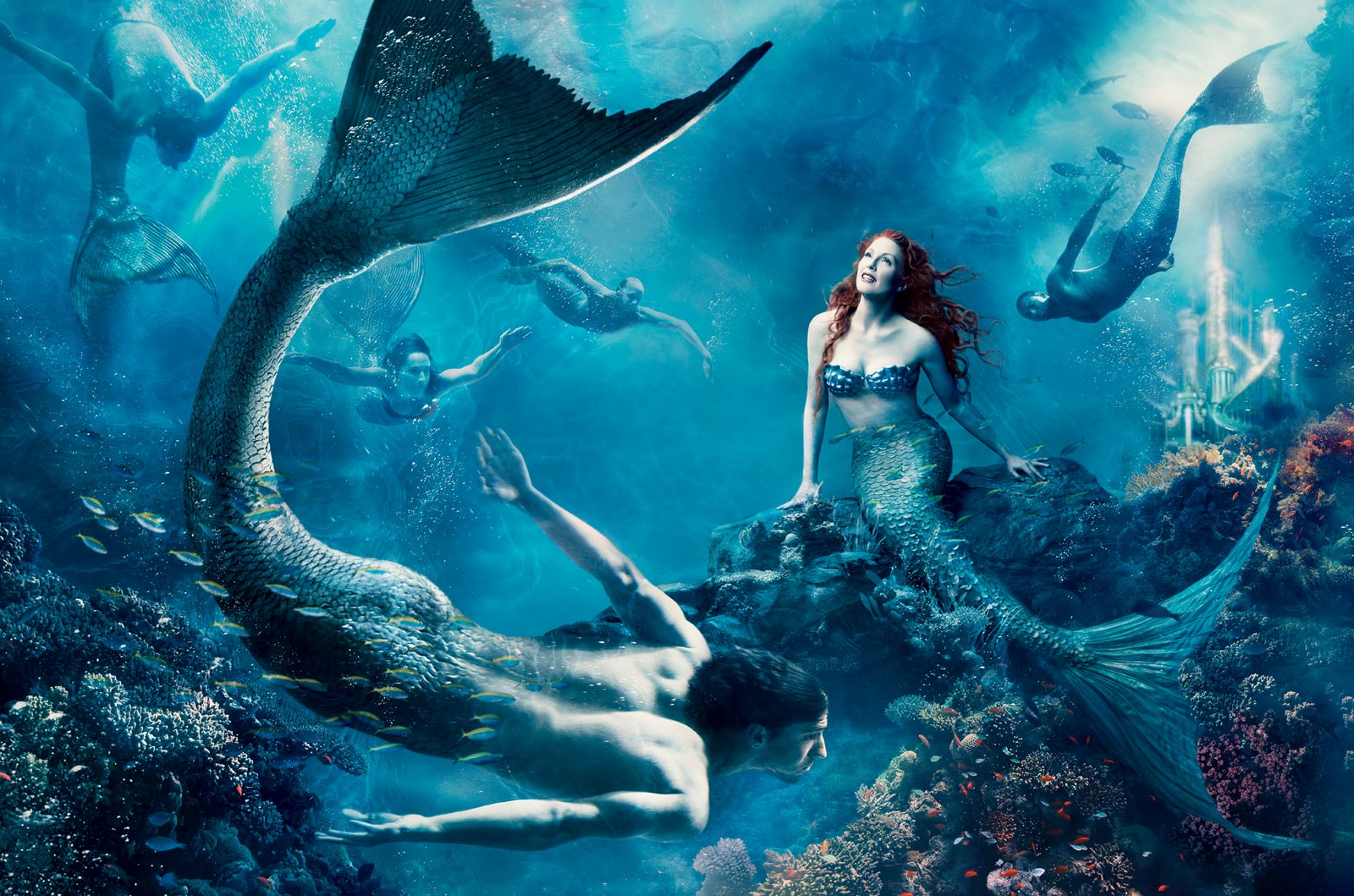 Featuring Julianne Moore and Michael Phelps. Caption: "Where another world is just a wish away"
The Walt Disney Company has commissioned Annie Leibovitz (Photographer of the stars) to do a series* where famous people are portrayed as disney characters as part of the Disney Year of a Million Dreams. While they are advertisements, I don't think the artistic value of the shots can be easily discounted.
Some argue that photos should be natural, or "candid"; but Leibovitz' gift lies in another realm. She has the ability to create a shot. She studies her subjects and their photographs and plans the perfect setting for them. In the above shot, I think my favorite part is that she took the picture underwater. One thing that is really interesting about her portraits is she tries to make them as seemingly "natural" as possible, perhaps to counter the staged effect that can occur in a planned photo. Natural in this case referring to au naturel. She is the artist behind infamous photos such as Lennon and Ono on the cover of Rolling Stone, Pregnant Demi Moore, and most recently the spread of Miley Cyrus in Vogue. She has also been responsible for timeless portraits, like for the Queen of England.

I think her greatest ability is in the use of light. She uses it to both focus the viewing of the portrait, and to add emphasis. All of her shots are designed to be dramatic, a little bit epic, and breath-taking.
In other news, I still haven't seen a single star while I've been in Alaska. And it can't be because I sleep through the stars, because I'm not asleep for that long every night. It's sort of weird for me. Stars have always been comforting for me. They give constancy and stability. They are the anchor of the night. Which is sort of ironic considering they give the appearance of moving. But for some reason, when I look out at night and see the stars beaming brightly back at me I think of how small they are compared to vast ocean of space. And they don't get discouraged as they fight against the darkness, they just keep doing their own little bit to combat it. But that little bit makes all the difference, because the light always wins. So I'm looking forward to seeing my old friend Orion again soon.

*Find the other parts of the Disney series go here or here; my favorites are Prince Phillip, and Peter Pan
Posted by S at 1:35 PM