...and other such nonsense. 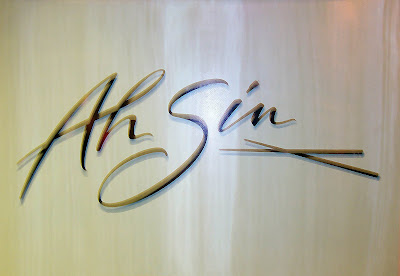 (The plaque outside one of the resorts, a restaurant)
I got back last night from my first time in sin city. Wow. What an experience. I've never been anywhere that palm trees can grow naturally, let alone thrive. And everyone was super... friendly(please read drunk). I did a few cool things while I was there, but most of it I spent inside the hotel at an interior plants conference. I'm pretty sure my favorite part is when the chatty people in the elevators would comment on what a good BYU girl was doing in this place. I got to tell everyone I was here for a plant conference and I got some pretty good looks and laughs.
For the most part I spent my time at the conference: helping people find their way, passing out surveys and taking tallies, helping exhibitors set up (and take down) their displays, and networking with the participants. 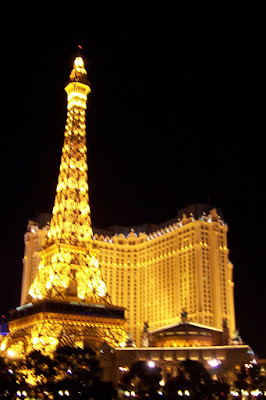 (so, I guess I practically went to Europe, just for a lot cheaper, and kind of fake looking)
One night after the conference activities of the day we went walking up and down the strip and taking pictures. We spent a lot of time in the Bellagio looking at the interior gardens. We also watched the fountains through a few performances.
Thursday morning we got a private tour of the Wynn and Encore. They're pretty cool, not gonna lie. The tour guide knew we were hort students so we looked at all the plants and the backstaging areas for the plants. Which was cool, but I would have like to spend more time on the interior decorating, which was absolutely fantastic! (In the sense that it was grandiose and unbelievable, rather than perfectly suited to my taste) It was really interesting for about the first hour. It was the next hour and a half of pointing out the same features repeatedly at 6 in the morning that became a little bit tedious. But I still took about a bajillion and a half pictures. I seem to do that: I either take none, or six hundred. I also have a tendency to have no people in my pictures. Whoops. 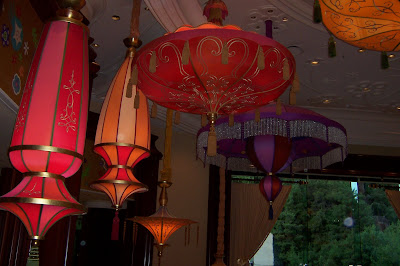 (the whole atrium was filled with these chandelier things that slowly twisted up and down)
Our last night we went to Blue Man Group. Originally I had wanted to go to either Phantom or the Lion King and was a bit disappointed about our tickets--but oh my goodness I was glad we went. I had no idea it was going to be so funny! And then afterwards we got to take pictures with them, which was also kind of fun.
I was worried, to put it mildly, because the trip was more expensive than I probably would have said it was worth. I also didn't think I would be quite social enough to make the networking opportunity worth the money. I now have a list of about six companies that are waiting for my resume and another that wants to put me in touch with an interior architect. Plus I got five more plants. All in all I think I came off for the better.
Posted by S at 12:55 PM