A Journey to Somewhere

I've done it.  I have defied all expectations, my rigid patterns, and.. y'know... gravity.  I have done something! 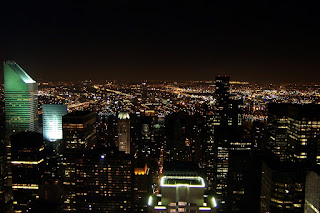 From the Top of the Rock.  We chose that because it was less busy than the Empire State Building.

C and I just got back from the Big Apple--we were only there for five days, but it felt like at least two weeks.  I had such an amazing time!  We managed to pack in absolutely everything we wanted to do!  And you know what,  I expected to love New York.  And I ended up loving New York. 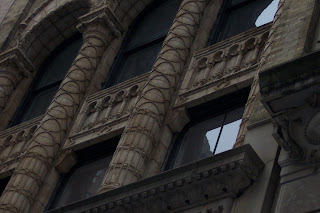 Just some building next to a shop somewhere.  But look at the detail!

First of all, the architecture.  Never have I seen so many historically significant (and also just really cool) buildings in so short a time.  One thing that amazes me about buildings from not recent times is the amount of detail-work that goes into them.  Not just on religious buildings or structures of other importance, but all of them!  Love it.  People just don't create art like that anymore.  The Cathedral was amazing.  We went on the only cold rainy day and walked around outside taking pictures.  Talk about dedication.  Poor C.  She's a good sport.  We saw all the big sites: Empire State Building, Flat Iron, Statue of Liberty and the Brooklyn Bridge, Rockefeller center, the Guggenheim, the Met, and all the other museums.  Speaking of. 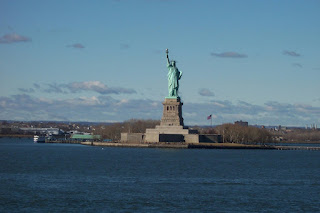 The Lady herself.  She seems a lot smaller now compared to all the skyscrapers.

Another favorite thing=the Museum of Natural History.  It was four stories of amazingness.  Also, nothing like the one in the movie.  Which was good.  Although admittedly I wasn't there after it closed so I can't honestly say if everything came to life at night.  And C and I sent a rockin' movie message there to our mothers.  It was basically the best thing ever. 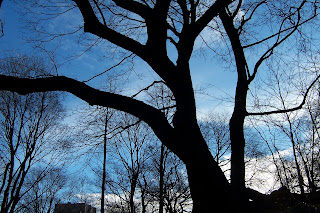 Central Park was gorgeous.  C took 300 pictures of it alone.

Broadway.  We saw both Wicked and Phantom.  Wicked was absolutely spectacular.  I was in love.  Phantom was really good, and I'm glad I went, but the set design just wasn't as visually appealing as it could have been.  We were almost late to Phantom.  We ran through downtown to get Olive Garden, got the check with our meal (which was rushed) and then ran to the theatre.  That waitress got an amazing tip.  She deserved it. 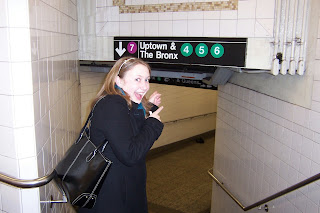 I love the atmosphere.  Just walking around was fantastic, the subway was super fun too--even when we would get delayed for an hour.  I think my favorite part was when people asked us for directions, apparently we look like locals.  Which I loved.  I loved that people thought I was a part of that.  Because it's a little bit magical.  Is it weird that I felt like I belonged there.  And now back in Provo I still feel a bit out of place? 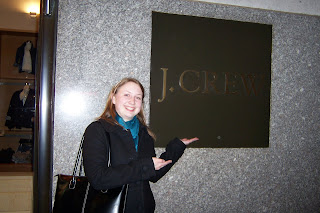 Lets be honest.  My mecca.

Shopping also happened.  I got a Birkin bag from canal street--which I am very happy about, and I went shopping in the J.Crew flagship store.  So basically now my life is complete.  C and I also bought bagels and ate them in front of the shop so we could say we had Breakfast at Tiffany's.  :) We're silly.  I think we also felt clever and incredibly pleased with ourselves. 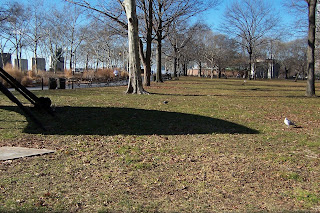 The all important turkey-pigeon-seagull picture.  They're all in there.  We took a lot of bird pictures, and went to the Birds of NY exhibit.  So we're basically experts.

I think mostly I'm proud of myself for planing and following through 100% on our own with this trip.  We talk about doing things all the time, but this time we made it happy.  And it was worth every penny (and also a round 400 pictures).

I had a job interview too.  Details to follow.  Keep reading, I'll keep you posted!
Posted by S at 8:57 PM