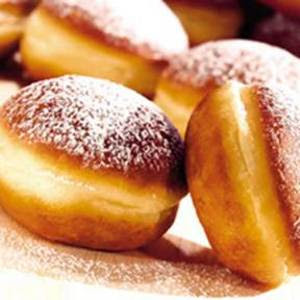 It's true; if there's one thing I know it's my Catholic holidays. Don't worry, I've been mocked mercilessly for it. But is it really a problem to know things about other religions? I submit to you that it is not. I just like to learn things. So sometimes the things I am learning are the historical background and significance of the celebrations of other religions, and other times its the minor aristocracy of the old German empire and how that influenced WWI. Isn't it interesting that the rulers of all the countries involved in that engagement (excepting the US of course) were descendants of Queen Victoria of England. And she had died within the last 20 years. So these governments fighting each other were cousins. weird.

Okay... back to my point. So I'm not exactly Catholic. Or Protestant. Or Anglican. Or even Southern Baptist for that matter. But just because I'm not any of those things doesn't mean I can't observe their holidays, right? It's like, Jews getting presents for Christmas. Or anyone trick-or-treating at Hallowe'en. That holiday totally got the shaft as far as the deletion of meaning goes.

So I like to have fun on fat tuesday. Traditionally, fat tuesday is the day before lent starts. Lent representing the 40 day fast of the Lord. To recognize this event(if your religion observes this holiday) you are supposed to give up a vice--generally food related. I've had friends give up coffee, or cookies, or ice cream. Way back in the olden days, people would give up fat and sugar. All of it. So, fat tuesday was designed to use up all the fat and sugar in the house. In michigan, this was the day of 1000 calorie donuts. They're called Paczki's. If you want a real treat look at the pronunciation for it on wikipedia. It's a kicker. Say it poon-shkii. Trust me. In Provo, it just means my indulgent roommates let me lead them on a night of fattening foods and deserts plus watching a Val Kilmer movie. It was "the Saint" now that I think about it. Ironic.
Posted by S at 10:13 AM