Maybe she's born with it... 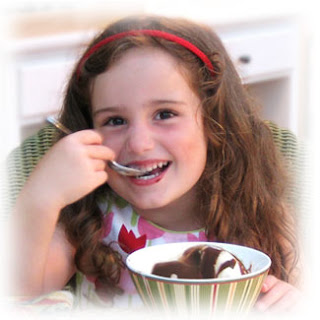 I want to talk about self-esteem. Believe it or not--it isn't something that everyone has.

Last night I was talking to one of my good friends in the drafting lab. Now first, you have to understand something about her. This girl is gorgeous. Like, I mean stunning. We're talking when she was in my class last semester I was intimidated by her just being there. Now we're really good friends and she's still beautiful--I'm just not afraid of her anymore:) So she is always saying things like that she doesn't date much, or that guys aren't interested in her etc. I can never understand why. Not only is she really pretty, but she is super fun--and absolutely hilarious.

So we were talking about how neither one of us really date that much. And she shared something about a past almost-relationship. She told me the same worries that I always have but try really hard to not think. She explained that she always thinks that the reason she isn't dating anyone--or this one guy in particular--is because she wasn't smart enough, pretty enough, skinny enough, funny enough, and so on. I had to stop her because I think she is one of the most gorgeous people I have ever known. So I told her what I wrote earlier about her being so pretty that I was intimidated by her and so on. She started crying and we talked about past failed almost-relationships. Heck, she even got to hear about the saga. Luckily there was no one else in the building for this heart to heart.

Last weekend I was talking to another dear friend about the self esteem issue and how we don't have any. This girl is so marvelously outgoing, risky and daring in her social life that it seems nearly impossible to think that she has problems with her self esteem. Especially because she is always so good about making me feel good. And yet the things she does to keep herself from "getting hurt" are terribly reminiscent of this one's issues.

It's interesting how even the people that we assume would never have problems with the way they feel about themselves, are having problems. Maybe they're just better at hiding it. The problem, I would like to say, is associated to one's relationship to their Father in Heaven. But my dear friend has an incredibly intimate relationship with Him. And it's not exactly like the two of us are strangers--but I struggle.

Somehow that innate boldness we have as small children seems to evaporate when we reach adolescence. That whole being unsure of ourselves thing. Does it happen when we first have a failed relationship with the opposite gender? When does it start? Or, better question, when does it end?

So I know that I am a daughter of God. And that that should be all I need. But I guess the struggle sometimes is knowing that is should be enough and still floundering. I can always come up for reasons why mine isn't where I feel like it should be; but I don't know if those are the real reasons or just smokescreens because I can't solve the root of the problem--whatever it is.
Posted by S at 10:34 AM